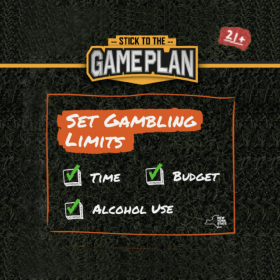 Since the state legalized online gambling in January 2022, bets have poured in, bringing revenue to tax coffers but worrying addiction specialists.

The flighting for the campaign was coordinated to sync up with key events including the NFL playoffs and the Super Bowl. Then new messaging was rolled out for basketball’s NCAA March Madness.

Results: The first wave of the Responsible Gaming campaign delivered over 8 impressions across mobile betting sites, ESPN, YouTube, Twitter, TikTok, WFAN, and to people living close to casinos across New York State through geo targeted programmatic ads. For the Super Bowl, residents gambled $472.1 million in the run-up to the big game, according to the New York State Gaming Commission. Calls to the NYS Office of Addiction Services and Support were up four-fold. 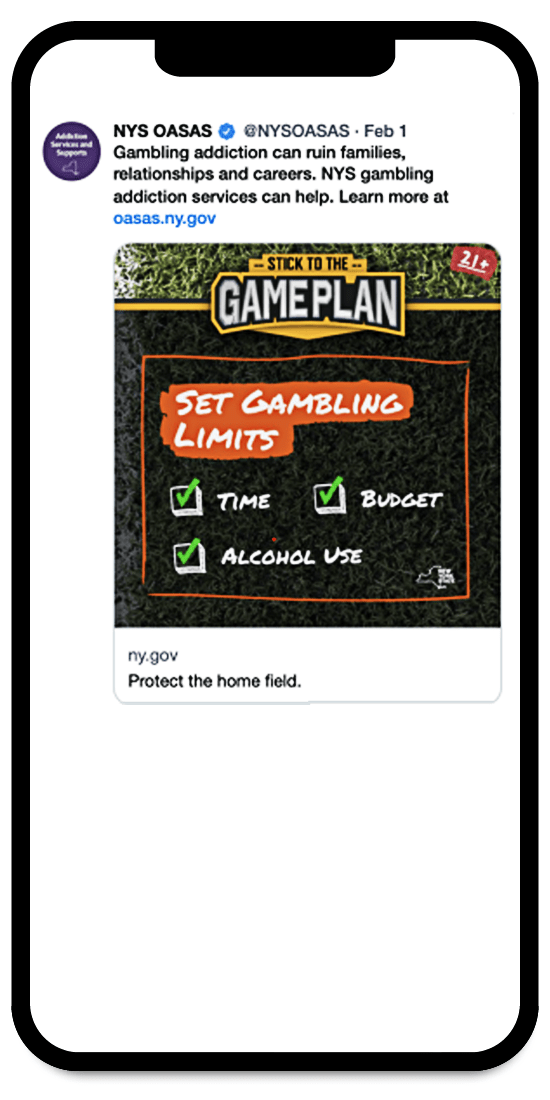